With the competition whittling down to the last four at the iconic grass court event, here are the best value Wimbledon odds for the last few days. The bookmakers have come up with some good deals which include the following:

Titanbet: Money back if your player loses the match in the 5th Set

This one is for new Titanbet customers: Get your money back as a free bet is your player loses the match in the fifth set.  It can be frustrating to lose a bet after an epic 5 set 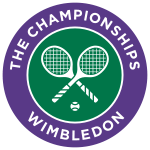 thriller, so this could soften the blow.  Bet on a Wimbledon Men’s match and if your bet loses in the 5th set, you will get up to £10 Money Back as a Free Bet token,

To join Titanbet Sports & go to this offer, click/tap here.

In addition to it's great mobile apps (including Android & iPhone), bookmaker bet365  always has noteworthy tennis accumulator offers that you can use including matches from all the top Tennis tournaments and events

To check out the latest offers, hit the button below to find out more.

Tennis’ hottest tournament draws to its conclusion this weekend in Melbourne with the climax of the Australian Open.  And you can watch the action live, streamed from Melbourne.  Highly rated Online bookmaker bet365 have the Australian Open covered live from their web site.

Making our shortlist for Wimbledon betting apps and sites is Betvictor who always seem to have a new account signup offer for Wimbledon. This is one of the one the oldest and most well-known names in British bookmaking, with a smoothly designed site and mobile app, complete with the free bet for using for the All England Club’s premier event.

Open a new account for a and claim the signup offer. (T&Cs apply, 18+ new customers)

*Update*: We recommend downloading the free BookieBoost app on Android or iOS to take advantage of all of the bookmaker free bet offers as well as being able to view Wimbledon specials.  BookieBoost also has a host of bet tools and live tennis scores so that you keep up to date from the one centralised app (which means less icon clutter for your home screen).

A Brief History of Wimbledon

It all began in the 1870s when a new sport known as lawn tennis was invented by Major Walter Clopton Wingfield.  Within a year or two this game was added to the activity list of The All England Croquet Club, which then changed its name to The All England Croquet and Lawn Tennis Club (in 1877).  The club created the first Lawn Tennis Championship which began on the 9th of July, bringing in a new code of laws for the game.

Spencer Gore won that initial tournament, beating 21 other entrants to the title.

The game grew in popularity very quickly and Wimbledon is still regarded as the world’s premier tennis tournament. Today, Wimbledon is one of the four Grand Slam events alongside the Australian Open, French Open and US Open.  English competitors have not had much success at Wimbledon though, with Fred Perry the last English male winner in 1936 and Virginia Wade for the women in 1977.

Wimbledon has many traditions, with competitors and spectators alike adhering to strict dress codes, no sponsorship advertising to be seen on-court, and of course the devouring of strawberries & cream.

For more information about Wimbledon, check out the official Wimbledon web site.

As well as Wimbledon betting odds, check out some of the other areas of the site for major sporting tournaments to bet on. Have fun and as always, please gamble responsibly.

The world’s best players head to Roland Garros for the second Grand Slam tournament of the year as the French Open gets underway on the Paris’s famous clay courts.  Here we look at the bookmakers offering the best French Open Betting Odds.

Past champions to have graced the famous clay courts include the likes of Björn Borg and Rafael Nadal.  In the Women’s competition, Serena Williams and 2012 winner Maria Sharapova come to mind (but these days her victory seems tainted).

bet for new account holders.  The mobile and full sites are fully updated with French Open betting odds.    Open an account with BetFred to pick up your bonus.

This ranks in our shortlist for French Open Betting Odds sites ad apps and gives you a new account signup bet bonus worth up to £50.  BV is one of the one the longest established names in UK bookmaking, so why not take advantage of their offer for a bet on the French Open.  Open a new account for up to £50 in free bets.

In summary, the most recommended bookmaker on which to get the best French Open betting odds is the irrepressible Betfred.

Origins of the French Open

In 1891, the first mens’ national tennis tournament known as the Championnat de France took place, open only to tennis players who were members of French clubs. The first women’s singles tournament was held slightly later in 1897. Mixed doubles was added in 1902 followed by women’s doubles in 1907. The “French club members only” tournament continued until 1924.

The French Championships became open to all amateurs internationally in 1925 at the Stade Français , on clay. In 1928, the Roland Garros stadium was opened and the event his still held there today.  The origin of the name ‘Roland Garros’ comes from the French aviator and World War 1 fighter pilot of the same name.  Roland was a keen tennis player. The international airport of La Réunion, Roland Garros Airport, is also named after him.

In comparison to other tennis surfaces, clay courts like that at Roland Garros slow down the ball and produce a higher bounce thus removing some of the advantages of big serving and serve-and-volley players.

As well as French Open Betting Odds, check out some of the other areas of the site for major sporting tournaments to bet on. Do remember to gamble responsibly.

The world sporting calendar is full of fantastic tournaments on which to have a flutter with one of your sports betting apps.

This section of bettingsites.info is dedicated to those big occasions that sports fans can’t help but take an interest in.  Major events include: