888sport have a new customer exclusive offer for the cricket World Cup in Australia. Sign up before the tournament starts and get treble the normal odds on Moeen Ali to be England's top-scoring batsman. That's a huge 12/1 (normal odds 4/1). Left-handed all-rounder Ali is in good recent form and this looks like an excellent value bet. 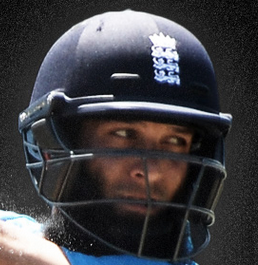 The thrilling Ashes battle of 2013 continues as England recovered well from a nightmare start at the home of cricket today.  The man in form, Ian Bell, scored 109 on day one of the second Ashes Test, then Steve Smith reduced England to 289/7 at stumps with three late wickets which tipped the scales again.

For the Second Test, my tip for this Test is an Aussie win, which you can currently get in-play (decimal) odds with Paddy Power and BetVictor of 2.1.  bet365 have an Australia Second Test Ashes win currently at 2.05 and you can get 2 at Skybet and Betfred.

Australia are at 7 to be the series winner and you’d have to say after the first test that this is not an impossible feat.  A drawn series is at 13/2 which is also worth considering.  Other betting markets include the final Ashes result (fractional odds):

An alert to cricket punters about a special that BetVictor are putting on for the England v New Zealand third one day international on Wednesday 5th June.

In a nutshell, place a Pre-Event bet on England v New Zealand and if New Zealand win, BetVictor will refund losing bets as a FREE BET up to £10. You can take advantage of this new offer only using this link to  BetVictor Cricket.

The world sporting calendar is full of fantastic tournaments on which to have a flutter with one of your sports betting apps.

This section of bettingsites.info is dedicated to those big occasions that sports fans can’t help but take an interest in.  Major events include: