It’s another football-packed week for football with the next round of Champions League fixtures.  And looking ahead, next Sunday 4th October sees  a day of back-to-back betting possibilities with some truly mouth-watering fixtures scheduled,including some great derbies.

Super Sunday kicks off in a big way with the massive Merseyside Derby. These sides have met 224 times since 1894. The last 2 results have ended in draws, which is reflected in the current odds. Liverpool, however, are the marginal favourites and will be pleased to have long-time absentee Daniel Sturridge available after coming back from injury. His 2 goal haul at the weekend will have given the Anfield outfit greater confidence in front of goal and 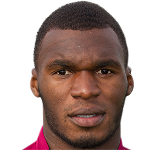 now Sturridge has overtaken Torres and Suarez as Liverpool’s most prolific goal scorer in the Premier League era with a 0.65 goals per game ratio. Everton do feature in the Monday night fixture tonight but have done very well in the last month and do have the superior goals for and goals against record so far when compared to their rivals, with a 3-1 win over Chelsea a key highlight. They’ll look to cause further distress to an anxious Brendan Rodgers who will be desperate to avoid another defeat and he’ll be hoping that Christian Benteke (right) will be fully fit after his hamstring problems of late.

One thing is a dead certainty – it’ll be a full-blooded affair, with the fixture producing an incredible 20 red cards since the Premier League began; the highest of any fixture. Over 2.5 goals is a tempting 1/1 (2.00) with bet365.

Following on from the Merseyside Derby, we have a huge fixture between current title-contenders Arsenal and Man Utd. The sides have met 221 times, with some memorable results over the years, including a phenomenal 8-2 United win back in 2011. Rooney has bagged the most goals in this fixture over these years, and would be a good option to score first here.

return to goal scoring ways following a brilliant hat-trick at the weekend, and he could well strike again now the flood gates have opened. United also secured a strong win at the weekend and currently top the Premier League table with the league’s joint-top defensive record, so it will be a true test for both sides who will look to continue recent form. Over 3.5 goals looks good value at 2/1 (3.00) despite United’s defensive record.

First of all, bet365 will be live streaming this fixture with exclusions applying to Germany, Austria, Italy, Luxemburg, Liechtenstein, Switzerland, San Marino and the USA.

Bayern Munich have of course dominated the league for years, and this one has been no different thus far – topping the table with 7 wins from 7 games, scoring 23 goals in the process. 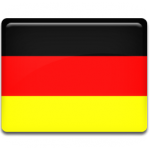 Dortmund are 2nd in the chase however, but are 4 points shy of their rivals.

Following on from his incredible five goal haul in nine minutes against Wolfsburg, Lewandowski bagged a further 2 against Mainz at the weekend. The Pole is on fire and will be a great choice to score against Dortmund. Dortmund have had back to back score-draws in recent weeks, so Both Teams to Score (BTTS) will be a stand-out option at 8/15 (1.53), or Over 2.5 goals at 1/2 (1.50).

This second Derby of the day comes from Madrid, with just two points separating the sides in the 2015/16 campaign so far, so this is an early title-credentials test for both sides.

Villarreal caused a real upset at the weekend, defeating Atletico 1-0 to go top of the table. This will put pressure on Atletico to avoid back-to-back losses when facing their neighbours on 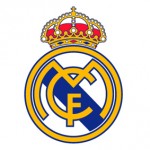 Sunday, but with Los Blancos so far undefeated in the league campaign and hungry to gain ground, it could be a very cagey affair. 2014/15 offered up 6 matches between the Madrid sides in all competitions extraordinarily, which led to 3 draws, 2 Atletico wins and 1 Real win in total; with an average of 1.6 goals per game. A Draw and Under 2.5 goals is 3/1 (4.0).

Bet365 are also live streaming this colossal fixture, but similarly to above, exclusions do apply and it’s not available in Spain, Middle East, North Africa, Andorra and the USA.