After studying the form and conditions here are our experts’ Royal Ascot Tips for Day 2 of the 2015 festival.

The card opens with the Jersey Stakes over seven furlongs and it looks a modest renewal; Ivawood has finished third in both the Newmarket and Irish Guineas and is a worthy favourite 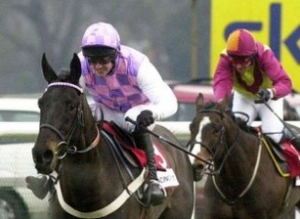 but at 13/8 he is very short for a colt who must give away 5lbs and more to 14 of his fifteen rivals.

It’s worth taking a chance on Hathal who easily landed the odds at Lingfield earlier in the month on his second start, having ran with considerable promise on his only run as a juvenile. Frankie Dettori takes the ride and at 14/1 with most bookmakers he can reward each way support.

Haggas’ also saddles Besharah (9/2) in the Queen Mary and the filly has created a very favourable impression in winning both starts to date including over C&D on debut. One note of caution – she did get upset in the preliminaries at Windsor last time and let’s hope she doesn’t run her race before the stalls open. The recommendation, however, is Meccas Angel who looked very smart when winning at Beverley last time on fast ground and she is drawn in stall one so could easily make a beeline for the far rail. At  odds of around 11/2  she is the each way selection.

Integral is not quite the good thing the betting would suggest in the Duke Of Cambridge Stakes given she must give weight away to some very talented fillies but she is reported to have worked the house down at Newmarket last week and gets the vote. With early odds of 5/4,  she may well drift out to 6/4.

The feature event is of course the Group One Prince Of Wales’s Stakes.  Free Eagle looks the goods and we reckon that the lightly-raced Irish raider will appreciate the forecast fast ground. This selection (11/4 at BetVictor) managed a third on ground softer than ideal in the Champion Stakes last autumn.  Following that,  this race was identified as the early season target in the immediate aftermath.

Last year’s Kentucky Derby and Preakness Stakes winner California Chrome misses the race through injury but there is still a strong international challenge from France, Japan and Australia. Gallic raider Ectot is the one who might give the Dermot Weld runner most to think about. Ectot failed to sparkle in the Arc when last seen on the track but his win in the Prix Niel at Longchamp last September on fast ground was gained in a very fast time and this has long been his target.  Despite being priced up as second favourite to Free Eagle, The Grey Gatsby is said to be in prime condition this week and with jockey Ryan Moore set to partner the 4-year-old following a fruitful 2014 together, his trainer is feeling very assured of his chances here.  Free Eagle should still win it.

The Hunt Cup is one of the big betting races of the week and Munaaser sneaks into the race at the foot of the weights for Sir Michael Stoute; you can put a line through his reappearance as he hung badly right but has bits of form last year that make him look potentially well treated and at 20/1 (five places) he can outrun his odds.

HRH the Queen is double-handed in the finale, the Sandringham Handicap and of the two Touchline is the filly that interests me most but my two against the field are Mothers Finest (12/1) and Risen Sun with marginal preference for the latter who ran well against a decent older horse at Leicester on her reappearance.  At 10/1 with BetVictor she is another each way recommendation.

Those are today’s Royal Ascot tips for day 2, 2015.  Best of luck with your selections.