Here are the week 3 Premier League predictions.  Weeks 1 & 2 have given tipsters everywhere some real challenges as we find out which teams have spent (and continue to spend) wisely or otherwise over the break.

The first kick off again features Man United, this time up against Newcastle at OT.And United are managing to grind out wins again – difficult to see them not doing it again.  Newcastle United haven’t won away from home for 8 games. However, I’ve a feeling that this one won’t go according for plan today and the points can be shared.

Go for the draw.

Palace have shown what thy are capable of already and I fancy them to beat Villa today.  It’s early on in the season but if they play like they have been so far then it should be a good season for them.  Losing to Arsenal was a much more difficult game than this one looks to be. 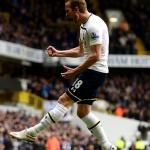 Power today.  Can the Foxes stay at the summit of the table for much longer? Spurs have yet to win a match and have found Liecester tricky in the last couple of seasons.  However, surely Tottenham will have to find their form and grind out a win to get their campaign on track.  Won’t they?

Hard to forecast the result for this one so I have elected for the score draw in this tale of two cities. Norwich City have drawn their last 2 away games but have not won away from home in the last 6 attempts.

Go for the draw win at Carrow Road.

The Black Cats are not looking great so far whereas the Swans are firing.  The form book would suggest that Swansea should be able to grab all three points at the Stadium of Light.  Go for a Swansea away win.

The Hammers are looking like a bit of Jekyll & Hyde team already and you would fully expect them to get a win at home given their first week win over Arsenal.  But they faltered against Leicester at home last week so this is tinged with uncertainty.  That said, Bournemouth look to be lacking that cutting edge.  Although the Hammers should win on paper, I am predicting a draw.

It’s time for Chelsea’s first win of the season, even if they don’t have the best of records at The Hawthorns. The Blues have not beaten West Bromwich Albion away from home in the last 4 games and have not won away from home for 2 games.  Surely, given the poor start that Chelsea has made, that trend will be bucked.

Chelsea for an away win.

Everton, unimpressive in week 1, came back with a superb performance last time out.  If they were to carry that forward at Goodison against Man City, they might stand a chance of getting something from this.  However, the Citizens are looking awesome as early season Championship favourites and should not be denied.  Everton has not beaten Manchester City in their last 4 league games and have not won at home for the last 3 games (2 losses and a draw).

The Hornets at home could well be a challenge for the Saints, and the home support they’ll enjoy can earn them a share of the points.

The tip is for a score draw.

Liverpool has not beaten Arsenal away from home in their last 3 attempts in the league, and also lost at the Emirates in the fifth round of the FA Cup last year.  The omens are pointing to a narrow Arsenal win.

That’s the Premier League Predictions for Week 3 in the EPL.
Good luck – @edcashmoretips